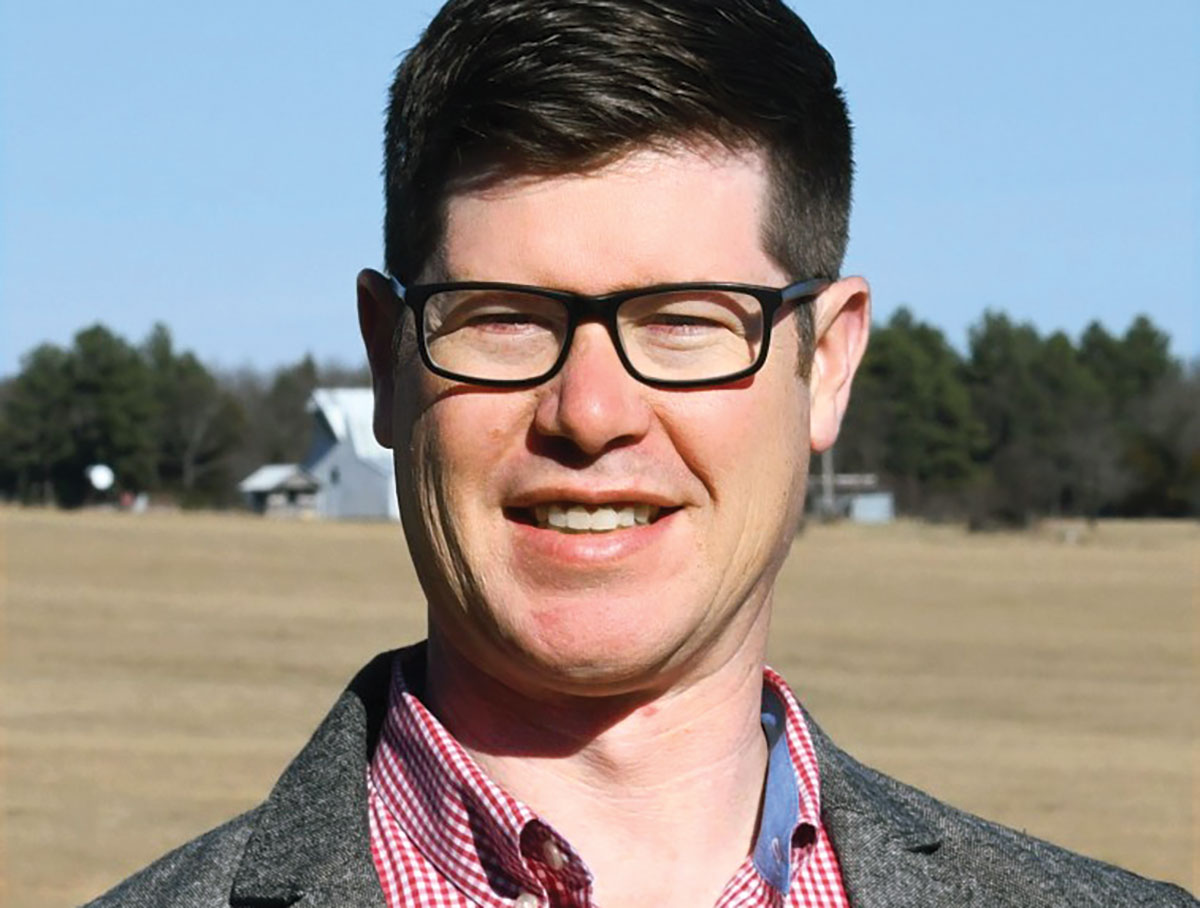 Developing an app and embracing “gig economy” wasn’t something Kevin Johansen thought about in college.

“I still had a flip phone that didn’t even have a camera on it,” he said.

Kevin has since ditched his old flip phone and is the CEO and founder of AgButler, which connects farmers and ranchers with potential employees with agricultural-related experience via a mobile app.

The fifth-generation cattle producer traveled around the country fitting cattle for other producers and saw a need to connect farmers and ranchers with an agricultural-related labor pool, be it for harvest or planting season, gathering and working cattle, transportation or construction.

“Knowing the labor gap we have in rural communities, not just agriculture, we used the concept from the ride-share apps for the ag labor side,” Kevin said. “There’s always been an issue with getting quality labor for farmers and ranchers; in the last 13 years, that gap has increased. Once I saw those bottlenecks that farmers and ranchers ran into and the push for them to be more productive with fewer inputs, they need experienced labor. That’s why we pushed for that one-stop-shop for experienced laborers.”

After being in the planning and development stage for three years, AgBulter officially launched in late August 2020, and is free to download for iOS and Android devices.

“It was a long path to get there,” Kevin said. “As we were developing this, we noticed a lot of people were looking to social media for part-time help. Agriculturalists are creatures of habit, and if they can go to one spot to get everything they need, they will frequent that space more. We hope to make it more of a community marketplace.”

Once a profile is established, users post a position or look for a job.

“Say you need help working cows one afternoon, you would post that job on the app,” Kevin explained. “You can then wait for laborers to apply for that job, or you can search for someone who fits what you are looking for and offer them a job.”

Employers must post a job to search for candidates and are assessed a connection fee. Laborers use the platform at no cost.

“We don’t take a percentage of any transition, unlike some other on-demand platforms do,” Kevin said. “We charge a flat fee to the employer for making a connection. Employers are not prompted to put any payment on the platform until they post their first job. It gives people time to get acquainted with the platform and how it functions; we don’t ask for a lot of information from the start or have credit card information on file right from the beginning. We wanted to make sure it was a positive customer experience.”

AgButler does not conduct background checks on potential employees, but there are other options provided.

“Laborers can provide references for their previous work, and we contact those references,” Kevin explained. “We will get information about the employee, and they will get a star rating; when someone comes on, they start with a zero out of five rating.

“If employees supply references, they get a badge stating ‘AgButler Approved’ on their profile, which basically makes them a preferred laborer because they went above and beyond to supply those references. As users come in, we have a backend and can see anyone who comes in with a new profile. We check to make sure the profile looks legit and will hold up. We’ve had to do some stopgaps because people will come in and try fake emails to try and slide in and not be held accountable.”

Ease of operation was tested throughout the development phase.

“We allowed some other people to be able to view it, navigate and see what they liked and what they didn’t like,” Kevin said. “We did a mini-beta test for about 30 days in July and into August where we opened the door up for a few more people in ag to look at it to make sure it flowed, and it was easy to read and understand before we released it. We’re looking at other tools to add to it, but we didn’t want to throw everything at it right off the get-go. We have just launched the initial product, and like many things, the first version isn’t going to be the final version; there’s a lot of room for growth and expansion on this platform.”

AgButler has about 300 users and is available nationwide, with about 55 percent of users being employers. Kevin added that because the app is a two-way portal, those users who are currently employers can become laborers or visa versa.

“We’re on pace to have about 100 new users a month,” Kevin said, adding that downloads have outpaced user numbers, but only those with completed profiles qualify as a user. “In the last three months, we have gotten a lot of traction and have had the opportunity to talk with some groups and be able to talk on the Midday Report on RFDTV about the app. Hopefully, the momentum we had at the end of 2020 will be a good head start in the first part of 2021.”

In addition to Kevin, the AgButler team includes chief operating officer Dustin Johansen (Kevin’s brother), chief financial officer Marc Allison and chief technical officer Charlie Nguyen. Kevin’s wife Jamie and sister-in-law Joanna Wilkinson round out the team with their company Honey Creek Media, which handles marketing, social media and design for AgButler. The team is small, but each person, Kevin said, brings their unique skills to the table and has a background in agriculture.

As AgButler continues to grow and develop, Kevin is hopeful the number of users will increase.

“We have users from 26 different states, with the bulk of the users in Missouri, Kansas, Illinois and Iowa, so we are going to focus more efforts on those states that are closer to us. With spring farm and ranch work taking off, we hope we can facilitate some jobs for people in our rural communities and expand the awareness of AgButler. We hope for this to be a tool to help revitalize rural economic development.”

By helping to facilitate employment in agriculture, Kevin hopes there will be a higher retention rate in the industry.

“I have a 6-year-old who can sort cattle with the best of them, but if I tell her in 12 years to go do something else, I’ve wasted 18 years,” Kevin said. “Hopefully, our platform, as it continues to grow and expand, will help create a bridge to keep some of those generations in our communities.”