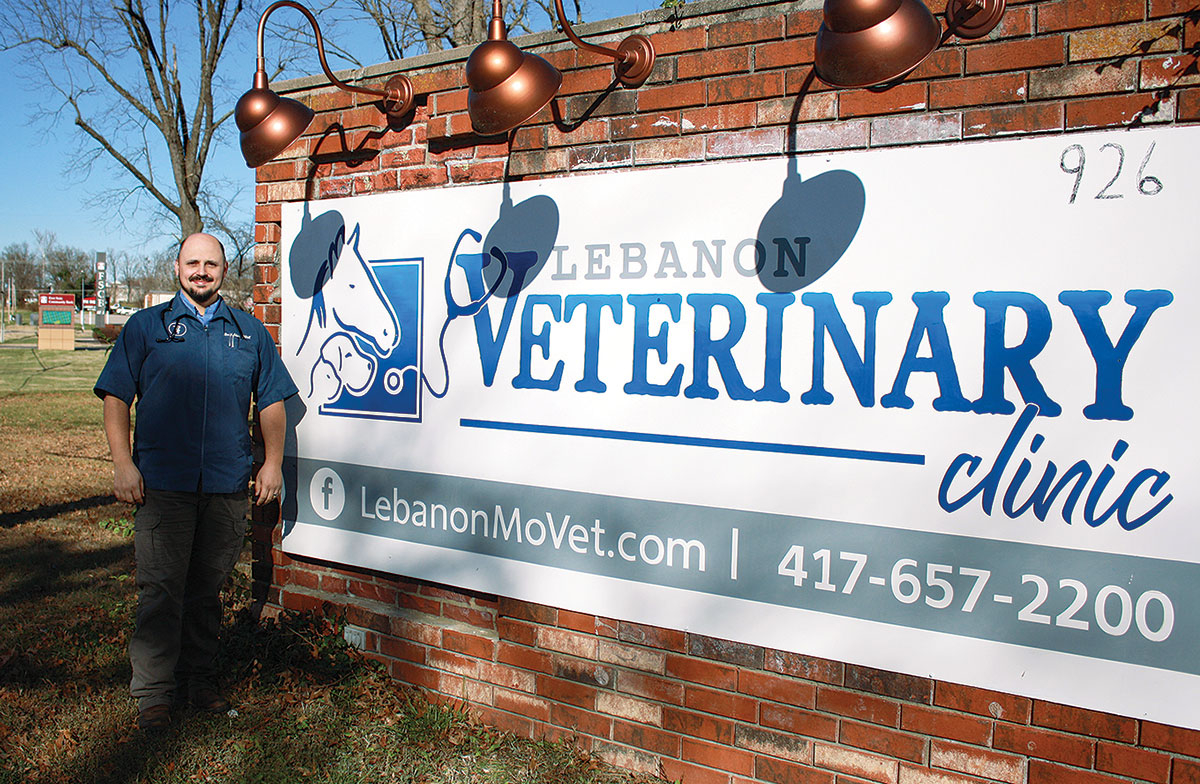 Dr. David Sikes, a native of the Ozarks, is a 2008 University of Missouri-Columbia College of Veterinary Medicine graduate, with experience in large and small animals.

After completing his education, David practiced in Barry County, Mo., before moving to a small animal practice in Strafford, Mo., where he worked for nine years. About a year ago, he opened a clinic in Forsyth, Mo., Animal Clinic of Forsyth, which he still owns. Another veterinarian staffs the clinic, allowing David to be in Lebanon full time.

An on-site, large animal and equine facility will be constructed in the spring. The new facility will offer a hydraulic tip chute for footwork, ultrasounds, preg checks, and adequate space to perform routine health care and an environment for delivery assistance, c-sections and other surgical procedures.

“We are primarily production medicine,” David said. “We work on herd health, consulting, nutritional consultations, body condition scoring, and something I want to push with livestock producers is the need for twice-annual visits where we go through the herd. A technician will sample hay in fall so we can do those nutritional consults.”

By sampling forages, David said he and his team can better assess the nutritional needs of a herd, then advise the owner of those needs.

In addition to providing for animal and herd health, David said he would like to become a resource for area producers.

“I want to tour the farm and see the set up so I know the resources of the producers and if Producer B needs some hay, and Producer A sold cows or calves early and has hay, I want to be able to get them together,” he explained. “We can see what the needs are of individual producers. Eventually, we may even be able to help producers comingle a little… It’s neighbors helping neighbors.”

In future plans: Sikes hopes to have three veterinarians on staff. The additional practitioners will allow for full-time large animal and a full-time small animal veterinarians, with the third being able to practice in both areas.