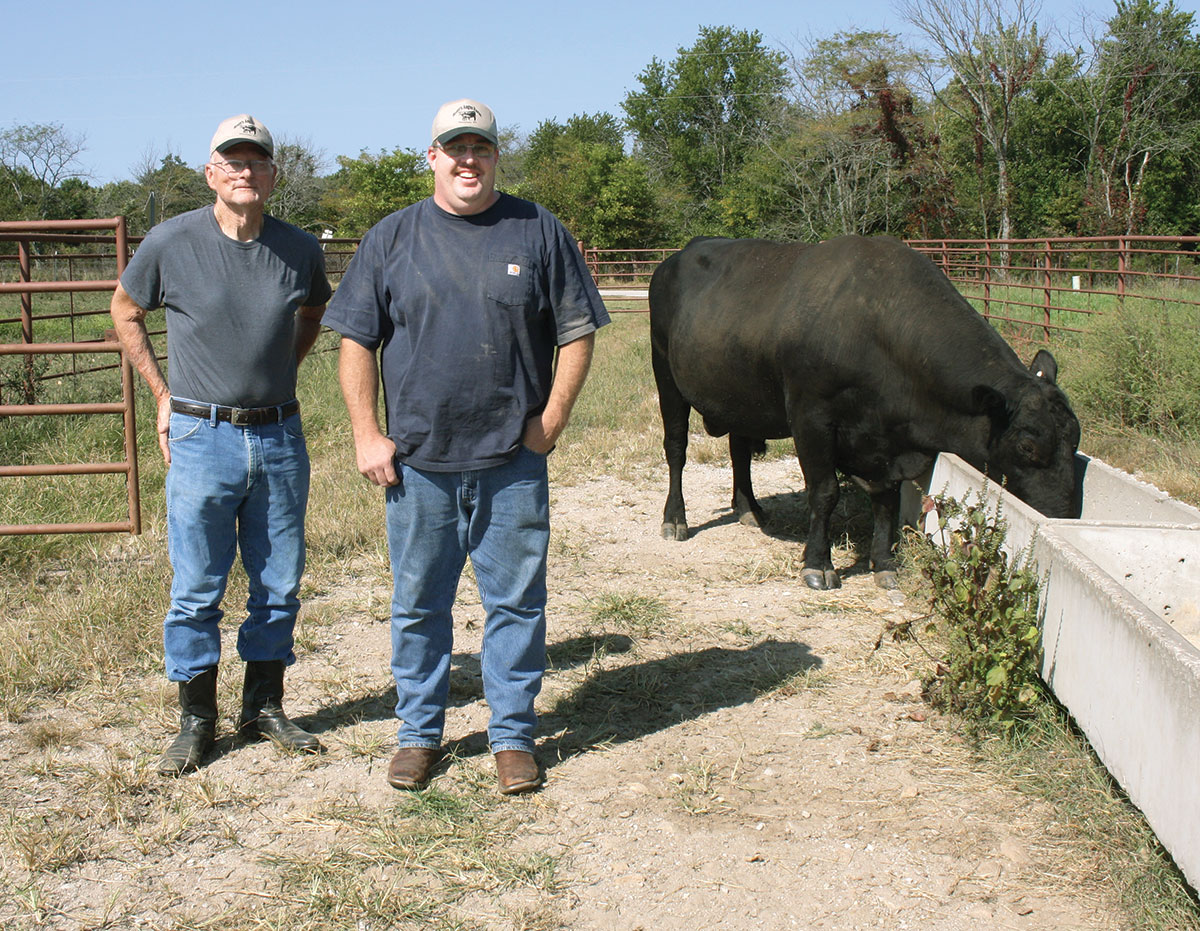 Farming is a way of life for Joe Scott. His family had a farm where they raised a few cows and a few crops. At around 12 years of age, Joe said he was “running up and down the road” on tractors.

“At that time, there were enough row crops around that my dad and uncle would send me to the fields,” Joe said.

The summer after his senior year in high school, most of his classmates headed off to Kansas City, Mo., to find work. Being a year younger than the others, Joe said he wasn’t old enough to be on his own, so he started farming small pieces of land near his family farm in Quincy, Mo. There may have been only a few acres, 5 or 6 here and there, land many other people would have never considered row cropping, but for the young Hickory County, Mo., native, it was just right.

“I paid for my first two years of college,” Joe said, adding there may have been about 60 acres in total. “I don’t know how much money I made, but I had a good corn crop. I made better money that summer than the boys who went to the city. It was just a natural thing for me do to.”

After two years at Southwest Baptist University, Joe went on to what is now Missouri State University, completing his degree in education. At the age of 20, he signed a contract to be a biology teacher at Raytown High School, a position he held for 30 years.

Joe and his late wife, Virginia, whom he married in 1973, spent their careers in their respective classrooms, but the goal was to return to agriculture and farming. Joe purchased a farm in the Wheatland area around the time of their marriage. They called it their “weekend house,” but there wasn’t much time for relaxation.

“When I bought this place, there wasn’t a fence that would hold a cow and just weeds everywhere,” Joe recalled.

The family moved to the farm full time in 1994. By the time they moved to Hickory County, they had made several improvements, including building fences and reclaiming pastures, and were ready to get into the cattle business.

Today, the more than 400-acre farm is home to nearly 100 head of registered and commercial black Angus.

“Angus have wonderful maternal traits, and they are good cattle to handle,” Joe said. “There was a man named W.C. Suitter and he had, in my opinion, some of the best cattle in the state, but since 1942 he never kept papers on them. There was another man named Lawrence Wheeler. They were classmates, and both started raising black cattle, and I saw what you could do with Angus. I went to W.C. and asked if he wanted to sell any.”

Joe bought about 15 heifers, which was the beginning of his operation, and he turned to W.C. and Lawrence many times over the years for advice and guidance.

“Anything Angus cow-related, I had experts,” Joe said with a laugh and smile. “I got along so good with those cows that I decided to get some good bulls, and not those $500 bulls.”

As the operation grew, so did the Scotts’ desire to get into the registered side.

Today, Joe and his son Josh run a closed herd, utilizing AI, which is now performed by Josh, for diversified genetics.

“Going with AI was the best thing we could do,” Joe said. “With AI, if I’m smart enough to look at all of the information on any registered cow, she will have exceptional traits and she will have some weak ones. I can design the mating for that cow to improve the herd, without a weakening of the good traits.”

“I can take a cow that might not have great numbers, but I can find the best semen bulls, AI her to them and, of course, it takes years, but I can eventually get a good calf with crackerjack numbers,” Josh added.

The Scotts prefer to breed during natural heat cycles, which Josh feels gives them a higher conception rate than utilizing other methods, using heatmount patches, followed by a cleanup bull. They also collect some of their bulls for future breeding.

They have spring and fall calving seasons, which gives them bulls and females of varying ages.

The Scotts target the bull markets. Of their current herd, 16 bulls are of service age and 10 are younger. Scott’s Angus genetics can be found in herds in Oklahoma, Arkansas, Texas and Kansas, and they have several repeat customers.

“The greatest compliment ever paid to me is when W.C. or Lawrence would come over and they would say, ‘He’ll do,” of my bulls,” Joe said. “I like selling bulls to local people because then I can come back in two years and see what they have done for a herd.”

The Scotts prefer to market their bulls at breeding age, typically 18 months, not before. Bulls are also semen and trichomoniases tested, and are fully vetted prior to sale.

In addition to genetics, the Scotts say health and nutrition are key to high-quality cattle.

Joe said all animals receive “anything I can think of when they are in the chute,” when it comes to vaccinations. Cattle are offered some grain, which aids in handling.

During bull development, Joe and Josh offer some feed but closely monitor weight and condition. Typically, bulls can have all of the grass and hay they want, but they receive about 1 percent of their weight in feed a day.

“You need a little feed. I don’t want to sell you a bull that looks like it will blow away, but I don’t want one that is so fat that he can’t breed a cow,” Joe explained.

For pastures and hay, the Scotts believe native grasses overseeded with ladino clover is the best mix.

“A retired University of Missouri Extension man said nothing else would put more pounds on per day on a cow/calf pair than ladino and grass,” Joe said. “It makes your cows look the best and your pastures the thickest. I have used some giant ladino and it sold itself.”

Joe did all of his own haying for years, but now has it custom harvested, saying it makes more economic sense than owning and maintaining hay equipment.

At the age of 78, Joe said he is starting to phase out of the operation, turning more duties and responsibilities over to Josh.

“My goal is to be able to make a living completely from the farm,” Josh said. “We are retaining all of our heifers unless they won’t work for our herd. God has blessed me being able to be here and help dad.”

Breeding for the Show Ring