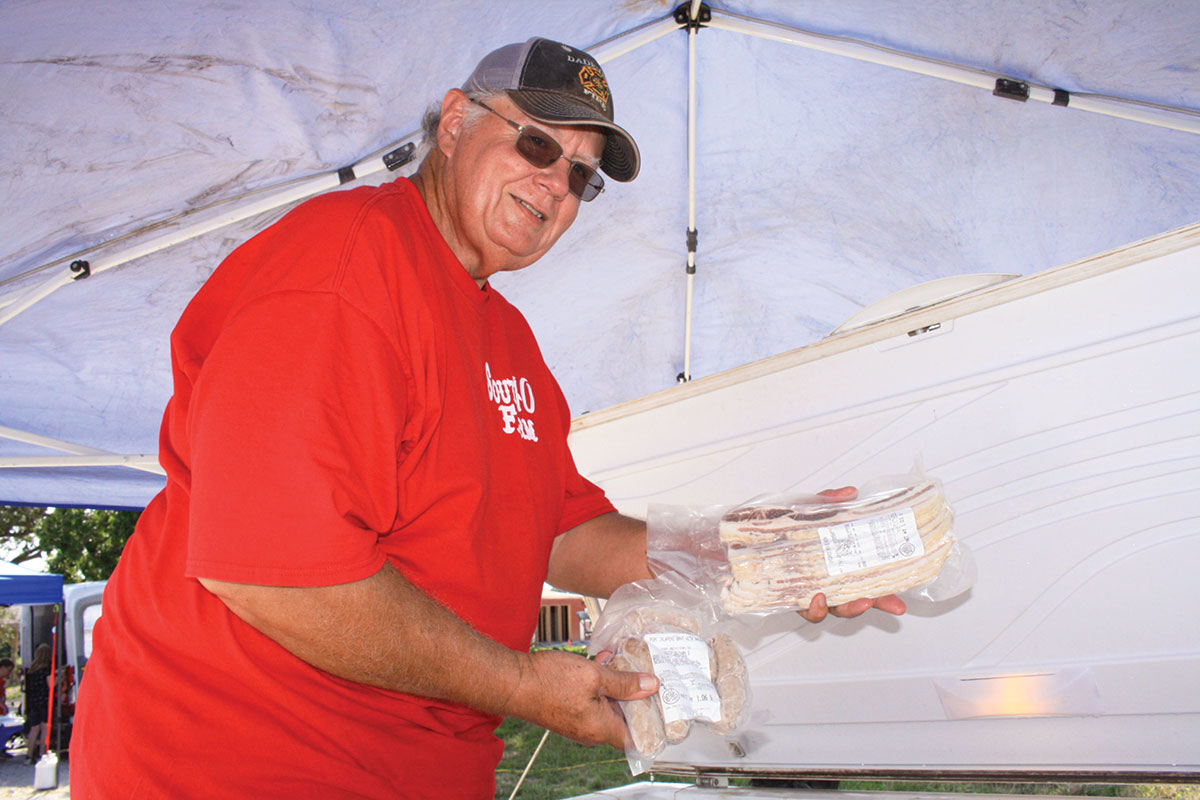 Retirement has been anything but sitting in a rocking chair for Tim Martin.

Tim grew up on a farm in Texas, and after 35 years as a computer specialist with the federal government, he and his wife Susie decided it was time to go back to a rural way of life.

“I wanted more than 20 acres and I wanted a creek on the place,” Tim said. “Susie agreed with all of this, so she got on Craigslist and started looking. She found a place and I called the owner. It sounded like what I was looking for, but there was someone else looking at it that weekend. I sent my son, who lives in Springfield, out to take pictures. I called the guy back and told him I was interested in it if the other people weren’t. He said I had first choice; I said I wanted it and I bought it just from a bunch of pictures.”

The couple moved to Dadeville, Mo., from Washington state in 2012, and began remodeling the barn into “the bunkhouse,” giving Susie a canning kitchen, sewing and quilting rooms, as well as sleeping areas for visitors, in addition to rebuilding the house and reclaiming the land, giving birth of the South 40 Farm.

Once the property was improved, the couple was ready to start a livestock operation. With the help of family members with a passion for research, they opted for Red Wattle pigs in 2016.

“It came down to the Red Wattles or Mule-Footed breeds,” Tim said. “I said if something had a mule foot, it better be a mule, so we went with the Red Wattle.”

Red Wattles, a large breed of heritage hogs, are known for their red color and distinctive wattles on each side of the neck. The breed is also acknowledged for its hardiness, forage proficiency and growth.

“They produce lean meat, but they still have plenty of fat, and it’s supposed to be the best tasting,” Tim said, adding that the meat is also a little darker in color than other breeds. “We also considered Tamworths. A guy raised a Tamworth, a Red Wattle and another breed. He kept track of the feed and everything he did to raise them and found out the Red Wattles were the best tasting and the most economical to raise.”

The swine herd consists of six sows, a mature boar and about 50 to 60 younger pigs of varying ages. His original stock came from registered breeders out of state, but Tim never wanted to become a registered breeder.

“I wanted a purebred line of pigs,” he said. “I have now found a purebred breeder locally who has stock not related to mine. I just bought another boar, so when he gets a little older he can take over for the big guy.”

Summer is not the ideal to forrow, a lesson Tim said he learned early on, so most of his litters are born in the spring and fall.

“Pigs have a simple digestive system, just like humans,” Tim said. “They aren’t like cows with their four-chambered stomach, so they have to have protein and minerals.”

He went on to explain that pigs need a high-protein feed to develop muscles and grow at a normal rate. Tim found a 14-percent hog mix from Main Street Feeds gave him what he was looking for. The additional grain also allows the flavor of the meat to be consistent.

“They are on pasture, but nothing with tress on it,” Tim said of his pigs. “Acorns or walnuts can change the flavor of the meat and the fat, which is something I didn’t want.”

Pigs are allowed to roam on 5 acres of the farm, with the remainder being rented to a local cattle producer. No vaccinations are administered. Diatomaceous earth is occasionally mixed with feed to control parasites.

The Martins offer pasture-raised pork through three farmers markets. The Bolivar, Mo., market is year-round, while markets at Hermitage and Fair Grove, Mo., are seasonal. Meat is processed at Golden City Meats in Golden City, Mo., a USDA-inspected facility, and packaged under the South 40 Farm label.

“Keeping meat (in stock) this year has been difficult,” Tim said. “I have to butcher everything I can to keep up. We normally would send one pig a month up until last year when I would send them as we needed them, but now I take three a month. I tried to get four a month, but they are full.”

The push to locally-produced food has brought a new customer base for farmers and ranchers, and Tim said he has a growing business.

“What brings them back is my meat,” he said. “Once they try it, they come back. It tastes good, and our hams and bacon are cured with sea salt, brown sugar and smoke. There are no nitrates in it and people like the fact there aren’t any in their meat… On our hams, we can’t cure a whole ham without nitrates, so it’s cut in half. If makes for a different looking ham, but we cut them down into 3- and 4-pound hams. We also do ham steaks so people get what they want.”

Moving forward, Tim said there is a possibility for expansion, which is good and bad for the Martins.

“It’s going to mean more work, more infrastructure, and I’ll have to dig more post holes and build more fence,” Tim said, adding that with pigs fences are more like a suggestion at times. “It’s good because more people will be getting more meat that’s good for them. It’s fresh, it’s local and they know what the pigs have been fed.”

The Martins traded their city life for life on the farm, a choice they continue to embrace.

“This job is for me,” he said. “I enjoy it, but it’s far harder than sitting behind a desk doing computer stuff. My wife was a manual therapist and had a clinic in Vancouver, Wash., and she retired the same time I did. She still works on people out there on the farm in the bunkhouse. You have your ups and downs, and you can’t plan for every storm, but it’s been good.”

Cattle and Hay by the Numbers