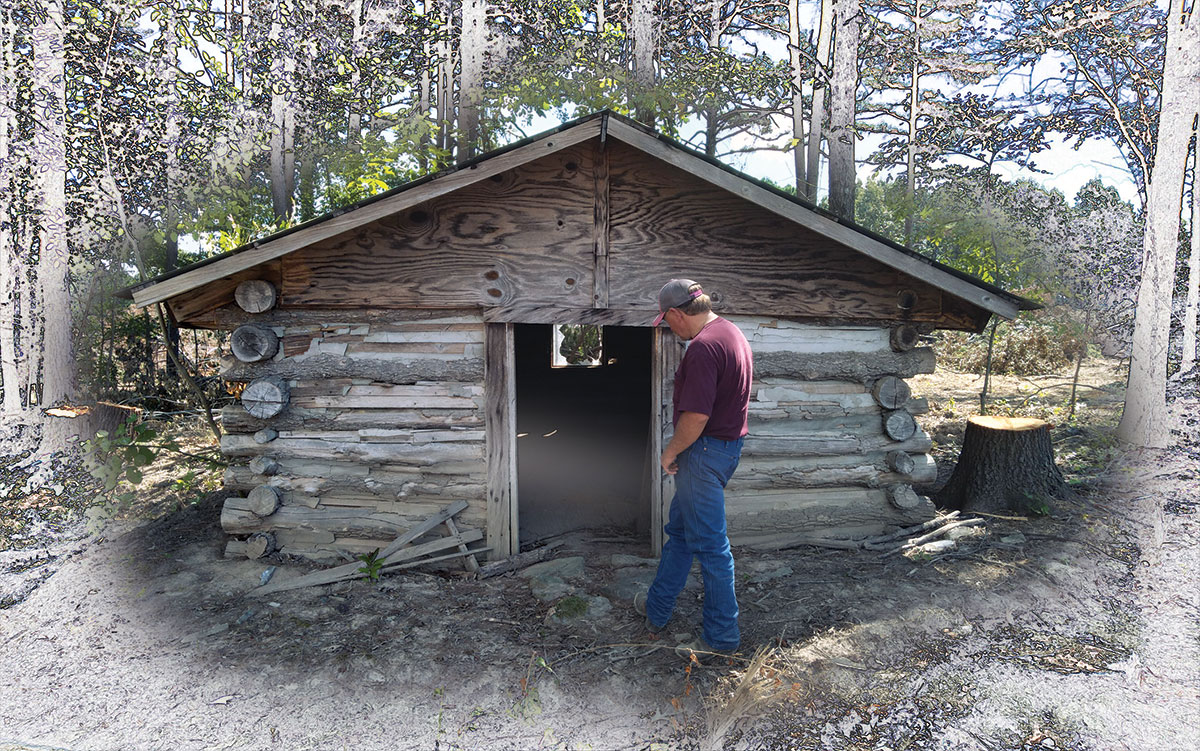 An almost-forgotten cabin has been reclaimed by family members

Keith Parker is a master builder and fabricator. He should be; he started when he was 12 years old.

Forty-four years ago, Keith built a cabin on a wooded 80 acres off the Erbie Road in Boone County, Ark., owned by his grandfather. The property was rough and across a wide hollow impossible to cross with any motorized vehicle except a tractor. He cut the logs with a crosscut saw and skidded them with his own small team, a Welsh-size pair of sorrels with flax mane and tails named Wild Wing and Clyde. All the materials were hauled to the site in his wagon.

Although the cabin was reached by horseback or on foot, Keith said that was the idea. He wanted a camp. The cabin was placed in a stand of pines near a spring-fed pond. Later he added a pole horse pen beside the cabin.

“There wasn’t any Quikrete then, so I had to haul sand with my team. Granddad had a mixer at his shop and there was a sand pile there. I knew I couldn’t haul it (sand) in my wagon cause it would all be sifted out the bottom when I got there, so I shoveled it into an empty feed barrel to haul. I got the water out of the pond and mixed concrete in a bucket to chink it,” Keith said. He must have done a good job, because today there are only two places where chinking is missing.

For years, Keith, family members and and many friends camped at the cabin. All that time, Keith’s grandfather, Silby Parker, worked with a chainsaw and 8N tractor fighting the brush which covered the land. He managed to get a barn lot and hay patch cleared. He cleared the perimeter fence rows and fenced the outside, but most of the acreage remained unclear.

Recently the land was purchased by Keith’s cousin, Kevin Parker, and he is in the process of clearing and seeding the 80 acres. It had been a few years since anyone had thought about the cabin and even more years since someone had camped there.

When the loggers finished and the dozers went to work, there was the cabin, still standing and in such good shape a washtub was still hanging on the outside. Some apparently large varmint dug a den at one corner which started some settling. Keith said it has settled a foot more or less, depending on which wall you look at, but the rest is still good from the roof to the stove pipe.

“It’s more like a dugout now with the low door,” Keith said.

Kevin is keeping the cabin, and with a little repair, several friends and family intend to camp there again. The pine grove around the cabin had grown up and out, but after the small pines were thinned, the tall ones make a perfect backdrop for the rustic little building.”