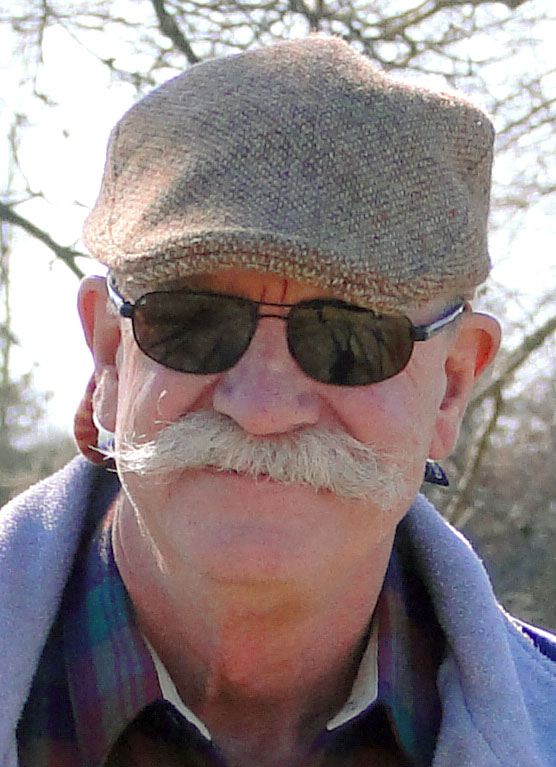 One day Bill and Judy Galloway, who live in Russellville, Ark., but own a farm in nearby Pottsville, were driving while on a skiing vacation in Colorado. Bill saw a bumper sticker promoting Belted Galloway cattle, a heritage breed better known on the East Coast.
At the time Bill was struggling with Simmentals, which he found to be too large for easy calving, horned and sometimes temperamental. Further, this particular herd tended to produce twins, which are not always productive.
Belted Galloways are originally from the western part of Scotland and often called “sheeted” since the white middle looks as if someone had draped a sheet over them. They are short and stocky with a size frame score of 4 or 5.
“I’m bucking the trend because I don’t select by EPDs for production and weaning weights because the EPD cattle tend to be, skewed towards larger animals,” Bill said. “I want to maintain the natural breed size and characteristics because they retain their foraging instincts and because of their ability to tolerate weather extremes as well as birthing ease.”
To prove his point, Bill added that he has very rarely pulled a calf since switching to Belted Galloways.
The breed was originally solid being red, black, cream, white or dun. Then in the 1500s or 1600s, someone introduced Belted Dutch, a dairy breed, perhaps with the intention to improve milk production in the Galloways. Belting was genetically dominant, which accounts for the breed’s current appearance.
Bill’s black-and-white cattle have a red tinge to their undercoat while other belted Galloway’s are red and white. Belted Galloways are polled, have large bulbous eyes and a moderate ear length. In addition, they have a “wool” layer next to their skin that grows a heavy winter coat and also promotes a leaner breed of cattle. The breed has a high palatability rating, partially due to natural foraging combined with the lower fat levels.
“My cattle receive no grain and my beef is good for people,” Bill said.
He further maintains that the best tasting beef needs to be hung for at least 18 days to obtain optimum tenderness, a highly desirable quality often overlooked when turnaround time is an issue.
According to Bill, the first Belted Galloway was imported by P.T. Barnum for his circus. Breeding herds began in the 1960s with the main herd in Maine as is the Belted Galloway Society that Bill belongs to.
Because cattle from England cannot be imported into the United States due to disease issues, bloodlines are brought over and incorporated through embryo transplant.
Bill recently retired and spends two to three hours on a typical day with his herd, although full work days are not all that uncommon and dependent upon what is happening.
“Working with my herd keeps me active and moving, obviously a good thing,” he said.
Bill is always trying to improve his farm and has made use of a government drought control program through Natural Resource Conservation Service, which included installing waterers and fencing off two ponds that are part of the watershed as well as fencing his paddocks.
For the last three, years Bill has tailored his fertilization program to specifically match soil testing.
The soil needed nitrogen with varying amounts of potash and other components. He sprays every spring and more often as needed.
“Lately I’ve needed more weed control than usual,” Bill said.
The pastures are mostly Bermuda with some Little Bluestem and Purple Top (natural sorghum). He occasionally seeds clover and rye and produces his own hay but pays someone else to bale it.
Bill maintains 20 mommas and one bull and currently runs 40 animals on his 62-acre farm.
“I retain heifers as needed. This breed is slow to mature, and I’ve had heifers I thought were runts but turned out to be good mommas and produced great calves, even when they were small,” Bill said.
Bill switches out bulls every three years to maintain genetic diversity and this year will trade his registered bull with another of equally good bloodlines belonging to a farmer in Mississippi.
In addition to the usual health protocols, Bill also supports his herd with protein supplemented mineral in sorghum tubs, alfalfa pellets and shredded beets with a bit of sorghum.
“The cattle may not like the beets as well as sweet feed, but it meets their needs and helps maintain lower body fat rates,” Bill said.

Black, White and Red All Over