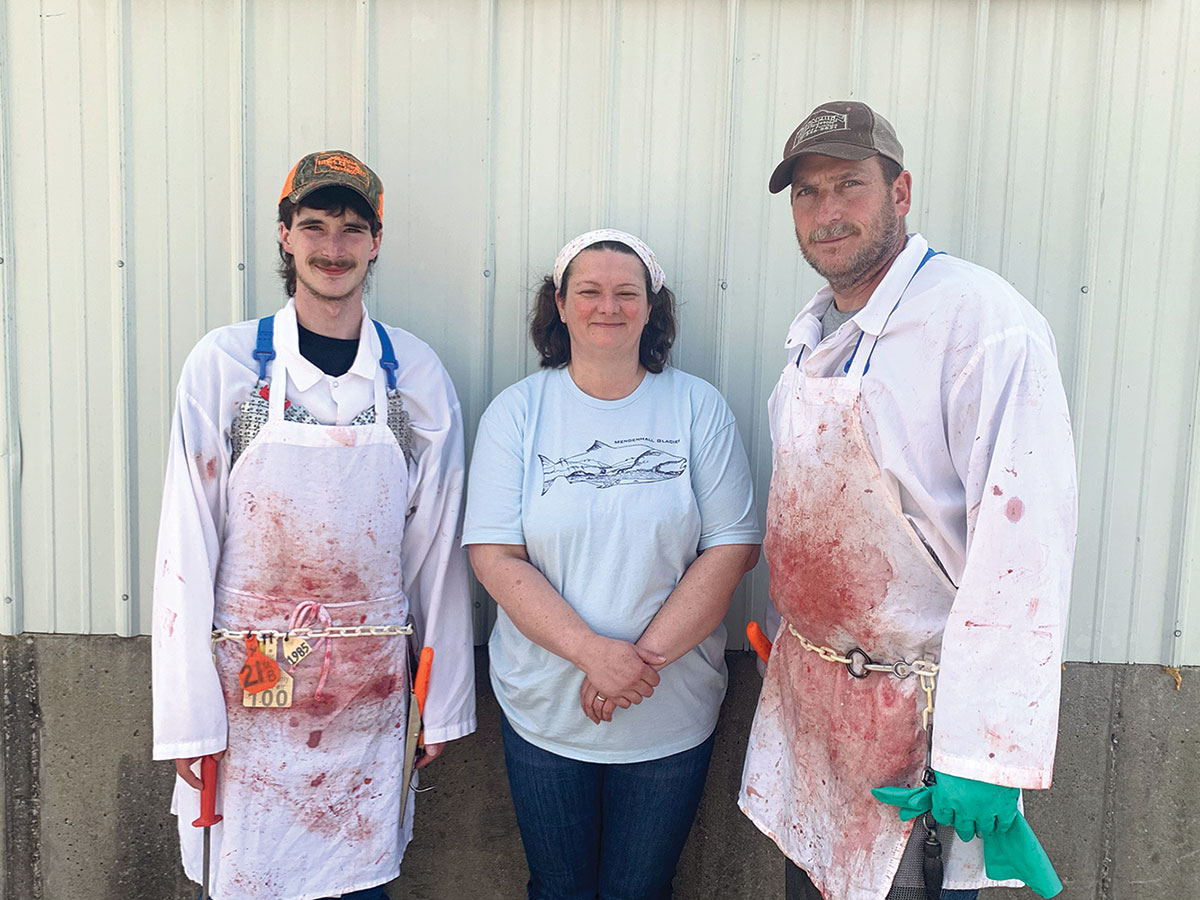 History: James and Julie Etter bought an older building in Pierce City, Mo., in January 2001 in hopes of starting J & J Processing, a custom processing plant. The building had once been a processing and packing plant, but when they purchased it, it was set up as only a packing plant.

They remodeled the building, made some repairs, and bought their equipment. They opened the processing plant in the fall of 2001 during deer season.

Soon after, they began processing beef and pork.

“It was really hard at first starting a new business,” James said. “I hired a friend who was a meat cutter when we started.” James was raised on a farm and had previously worked in the processing plant for several months in 1993. Before starting the business, James and Julie worked at Leggett & Platt.

In February 2007, they had enough business for James to quit and become full time at the processing plant. Julie came to the plant as the office manager full time in 2012. The family-owned business started out with three employees and now there are five.

Their son Seth works at the plant full time, and their daughter Hayley helped when she was younger A lot of family and friends help out especially during deer season.

Products and Services: “We custom process beef and pork. Customers bring their animals in and we process them to their liking. During deer season, we do all the different sausages and deer sticks.”

They process around 15 beef and 10 hogs a week. They also do their own smoked and cured pork.

“People really enjoy our bacon and the way we cut it. We do a little different cutting style than most processing plants. We do a retail style cutting and do not leave a lot of bone in our products, along with a lot of knife and saw work.”

Future Plants: James said they would like to expand in the near future.

“We are looking to a larger carcass cooler for longer hangs,” he said.

James and Julie’s son Seth is looking forward to continuing the family business.