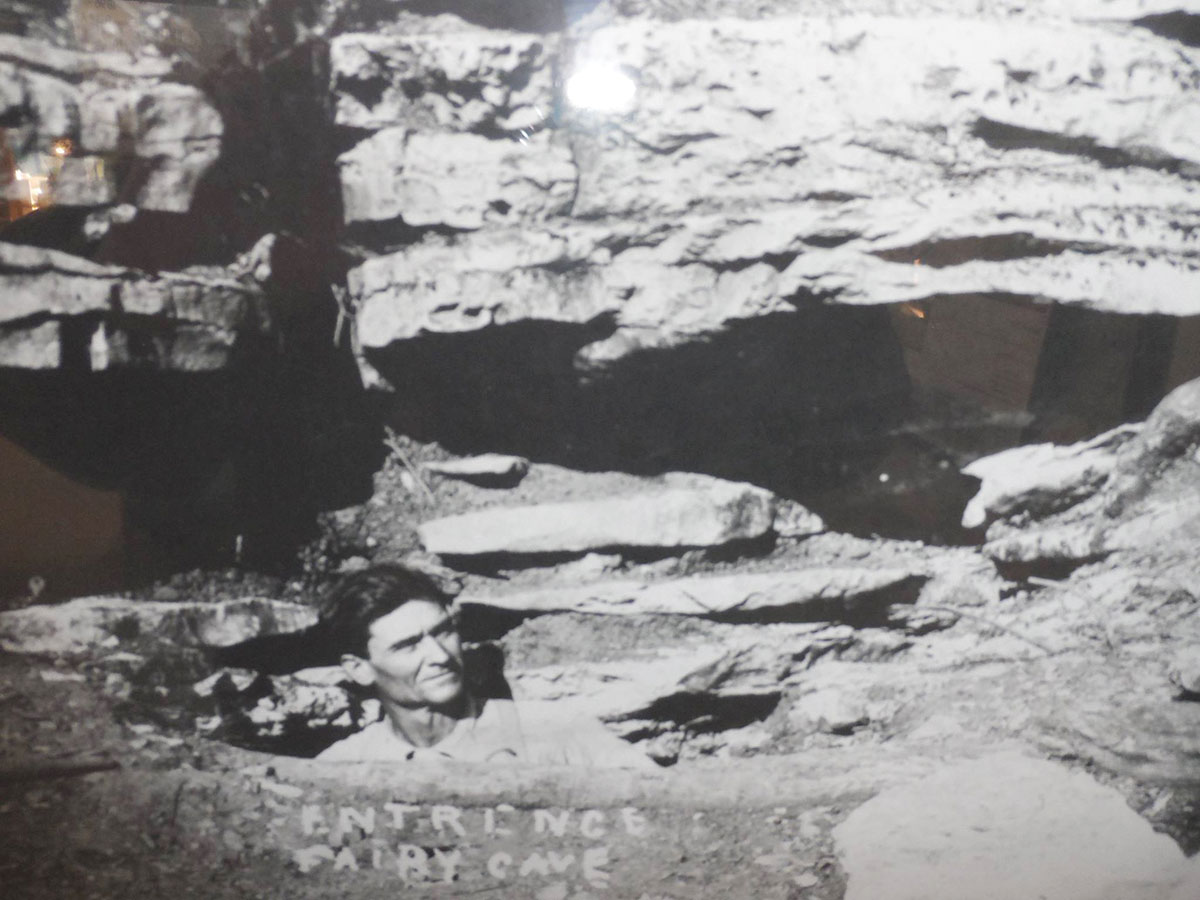 Talking Rocks Cavern has a deep history in the Ozarks landscape

There’s a lot of talk in Stone County, Mo. — rock talk, to be precise. Talking Rocks Cavern is a cave located just over a mile south of famous Highway 76 in Branson West, Mo.

Jody Gertson, manager at Talking Rocks Cavern, explained the cave is open for tourists year-round, and the air inside the cave is 63 degrees all-year round as well.

To Missourians, a place in Missouri that stays temperate in every season may sound like a fairy tale. And indeed, maybe it is: the cavern’s original title was Fairy Cave.

That name originates with one of its earliest explorers, Truman Powell, who remarked about the cave, “It looks like a subterranean fairy land.”

In 1896, he and three other local boys first explored the cave, using kerosene lamps and candles to light their way.

It was Truman’s son Waldo, however, who purchased the cave in the early 1900s, and opened it for tourism in 1921. That makes Talking Rocks Cavern one of the Branson area’s oldest tourist attractions, and makes next year its 100th anniversary of operation. Jody said they are working on plans to commemorate that anniversary. “We definitely are looking to make a big deal of that.”

In the early days, Fairy Cave was popular with tourists who were often drawn to the area because of the Shepherd of the Hills novel. A tour back then would have set visitors back a pricey one whole dollar, and, for a time, lunch was served above-ground after the tour.

Silver Dollar City, the neighboring theme park, purchased the cave in 1969 and re-dubbed it Talking Rocks Cavern. The new name originates in another famous remark, this time from Waldo, who studied the cavern’s formations and said that the cave spoke to him visually.

Tourists nowadays can take a listen themselves on one of the frequent guided tours at Talking Rocks.

The cave is found in the karst Ozarks landscape and is technically classified as a vertical cave, and a walking tour involves 150 steps going down into and 115 steps coming back up. The total depth of the cavern is 100 feet.

“The concrete walkways and stairs are still those that were constructed in the 1920s,” Jody noted.

At one part of the tour, all the lights are turned out so guests can briefly experience the total darkness typical of an underground cavern. The rest of the time, however, the formations themselves are illuminated. Some highlights from the tour include the “cathedral” formation and one shaped like an angel.

There are a variety of cave-dwelling critters inside Talking Rocks, including the mascot, the cave salamander. Jody pointed out, however, that bats don’t live in their cave because the visitor building was built on top of the only entrance to the cave.

Other creatures may cross your path above-ground on the nature trail that guests are invited to experience. The path leads to a 45-foot tower overlooking the beautiful Ozark hills.

The nature path is just one of the many things guests can do at Talking Rocks Cavern.

“A lot of people are shocked at how many things there is to do here,” Jody pointed out. A visit can additionally involve miniature golf, mining for gemstones (called sluicing), outdoor family games, and a browse of the expansive gift shop for souvenirs and geological goodies.

The cave is open year-round, except for Thanksgiving and Christmas, or when inclement weather makes it unsafe. Talking Rocks Cavern’s website, www.talkingrockscavern.com, provides information on ticket prices and current safety measures in place due to the Covid-19 pandemic.

Three Museums in One