By purchasing the “Buy the Ozarks” coverage area, your ads will reach readers in 61 counties across the Ozarks. 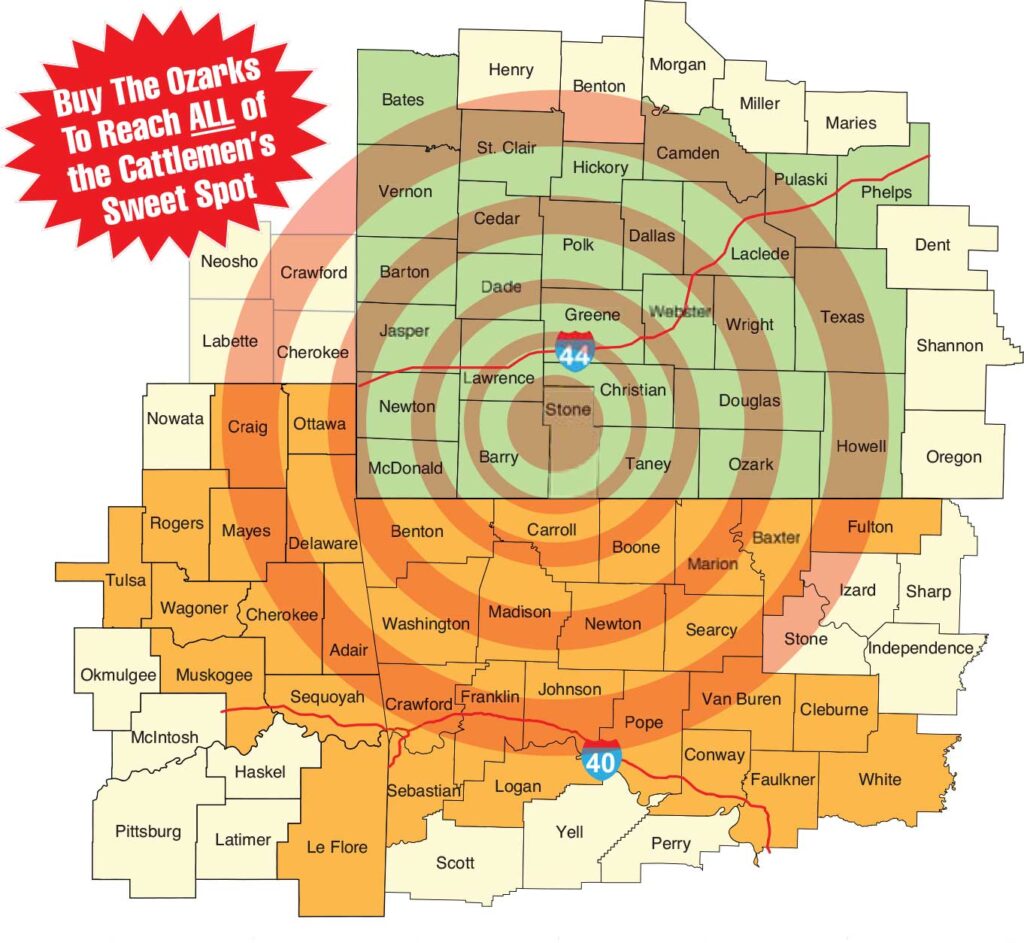