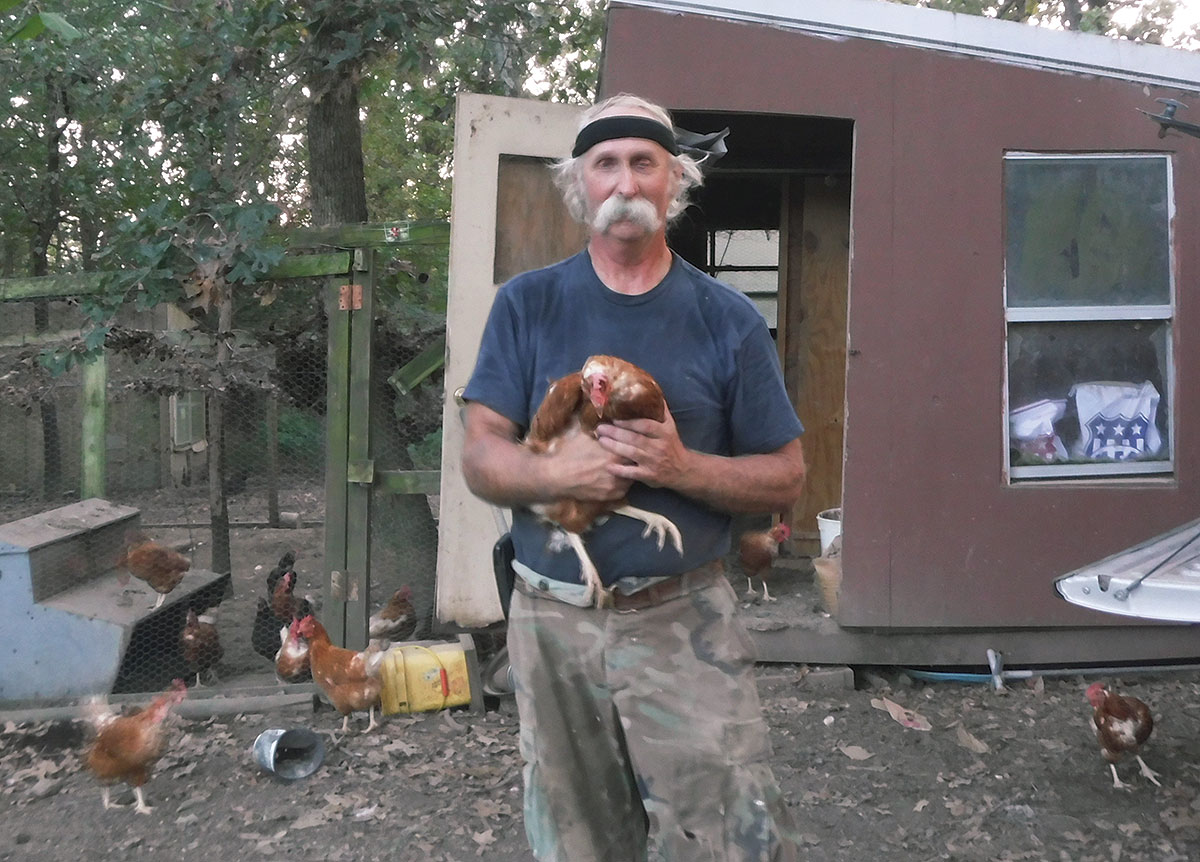 Dan Bruemmer expanded his poultry and egg operation after his retirement

Dan Bruemmer dreamed of having of farm since he was a child.

He has turned his love of the land into a profitable business, raising free-range and antibiotic-free chickens on his 180-acre farm near Dixon, Mo.

The farm sets back off the road, under shade trees, and boasts a large one-story house Dan built himself. But the main attraction is the chickens. They roam at will, pecking the ground, clucking, and generally looking as calm and content as a chicken can.

Originally from St. Louis, Dan joined the Air Force, where he worked in refrigeration and air conditioning. After leaving the military, he worked at Fort Leonard Wood as a civilian employee, overseeing a $30-million budget as a supply purchaser for the Engineering School.

Since retiring five years ago, Dan has expanded his flock of birds, delivering eggs people living on Fort Leonard Wood and to homes in Rolla, Mo.

Dan purchases his chicks from Cackle Hatchery in Lebanon, Mo., and buys 50 to 100 birds at a time. His current flock consists of about 200 birds, though, “the exact number is hard to tell,” he said.

All of Dan’s chickens are antibiotic-free and are fed MFA egg pellets and corn, along with “whatever they can find on the ground.”

The chickens are turned loose to graze in the afternoon.

“If I turn them out in the morning, chicken hawks will get them,” Dan said.

At night, the birds retreat to the safety of their chicken coop. Automatic doors keep predators away, though racoons eliminate some birds. Dan’s chickens are with him for life, and usually die of old age, unless a predator gets them first.

In addition to raising chickens, Dan owns a few black Angus beef cattle. He also grows peach and apple trees, and blackberry bushes. The fruit is used to make delicious jellies that are available for sale, along with fresh produce and homemade breads.

Dan believes the hardest part of farming is in winter, having to be out in harsh weather, when animals must be fed. Wife Marie helps with some of the chores, including gathering eggs when her husband wants to go fishing.

Dan said the best part of his job is “watching the animals grow up,” and how they recognize him and gather around when he is outside.

Starting Over with Charolais